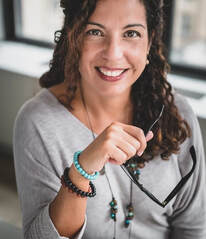 ​Ana De Archuleta has quickly established herself as one of the most sought-after managers in the operatic field. Representing a thriving roster of vocalists, conductors, and directors worldwide, ADA Artists can be seen at the Metropolitan Opera, Deutsche Oper Berlin, English National Opera, Grand Théâtre de Genève, the Salzburg Festival, the Aix-en-Provence Festival, Lyric Opera of Chicago, San Francisco Opera, Washington National Opera, Houston Grand Opera, and throughout the United States, Europe, Asia, and South America.  Ana’s vast background in the arts has played a major role in her success as an artist manager. Throughout her life she has been involved in many facets of the performing arts as an instrumentalist, dancer, operatic stage manager, assistant director, opera chorister, and an operatic soloist. She is a business member of Opera America and the American Symphony league, is on the Advisory Board of Seagle Music Colony, and was invited to be a member of the 2015-2016 Women’s Opera Network Steering Committee and a panelist for the National Endowment of the Arts 2017 Arts Works Opera Grants. A sought-after mentor to Resident Artists of many performing arts organizations, Ana frequently offers her insights into the business aspect of the opera world via master classes and one on one consultations. She has presented her seminar on the “Business of Opera” at Cincinnati College-Conservatory of Music, Westminster Choir College, Opera Saratoga, Opera New Jersey, Minnesota Opera, and Wolf Trap Opera among others. Additionally, she has been invited to judge multiple vocal competitions including the Metropolitan Opera National Council, Fort Worth Opera’s McCammon Voice Competition, Shreveport Opera’s Mary Jacobs Smith Singer of the Year Competition, and Florida Grand Opera’s Young Patronesses of the Opera Vocal Competition.  With a Bachelor’s degree in Communications from the University of the Sacred Heart in San Juan, Puerto Rico and a Master of Music in Vocal Performance from the Cincinnati College-Conservatory of Music, Ana De Archuleta, formerly Ana Rodriguez, was known throughout her performing career for her versatility of voice and dramatic character. Favorite roles include Musetta in La bohème, Servilia in La clemenza di Tito, the title role in Lucia di Lammermoor, Nina in Cherubin, Beth in Little Women, Tebaldo in Don Carlos, Barbarina in Le nozze di Figaro, and Fire in L’enfant et les sortilèges, which she performed with such companies as Minnesota Opera, Cincinnati Opera, Orlando Opera, Opera North, Puerto Rico Symphony Orchestra, Minnesota Orchestra, Cincinnati Pops Orchestra, Opera Theater of Lucca, and Pro Arte Lirico. Originally from Puerto Rico, Ana now resides in the New York City area.  ​https://www.ada-artists.com/ana-bio 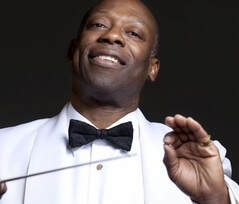 ​Dr. Leslie B. Dunner is currently conductor of the Interlochen Arts Academy Orchestra. He is also interim artistic director of the South Shore Opera Company, where he has been music director since 2014, and resident conductor of New Jersey's Trilogy: An Opera Company since 2018. His stirring performances with the Long Beach Opera of Anthony Davis' historical work The Central Park Five received the 2020 Pulitzer Prize in Music.  Dunner served as music director of the Joffrey Ballet and music director for the symphony orchestras of Annapolis, Dearborn, and Nova Scotia. He spent 11 seasons at the Detroit Symphony Orchestra (DSO), first as assistant, then associate, and finally as resident conductor, while serving concurrently as music director of the DSO's youth orchestra, the Detroit Symphony Civic Orchestra. Besides holding principal conducting positions at the Dance Theatre of Harlem, Harlem Festival Orchestra, and Louisville Ballet, he undertook a season as interim music director of the Orquesta Filarmónica de Jalisco in Guadalajara, Mexico.
Dunner's guest engagements with major orchestras include two years with the Chicago Symphony and five with the New York Philharmonic as cover conductor, where he also assisted during a four-week European tour. He has appeared with such distinguished ensembles as the Atlanta, Baltimore, Dallas, San Francisco, and Seattle Symphonies, the Cleveland, Minnesota, and Philadelphia Orchestras, as well as orchestras in Canada, Mexico, Spain, Italy, Portugal, Ukraine, Russia, and South Africa. An avid ballet conductor, Dunner has taken the podiums of the American Ballet Theater, New York City Ballet, Michigan Opera Theatre, Royal Ballet at Covent Garden, Birmingham Royal Ballet, and South African Ballet Theatre, among others.  In addition to his professional conducting work, Dr. Dunner is a dedicated music educator. He began his career in music education as assistant professor at Minnesota's Carleton College and has continued to lead youth orchestras throughout his career. The first American prize-winner in the Arturo Toscanini International Conducting Competition, he is also a recipient of the Leonard Bernstein American Conductors Award and the NAACP's James Weldon Johnson and Distinguished Achievement Awards.  www.interlochen.org/person/leslie-dunnerWhen not conducting, Dr. Dunner continues to perform as a clarinetist. 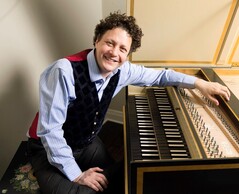 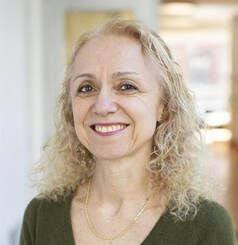 ​Stefania de Kenessey is a leading figure in contemporary classical music: “Shades of Light, Shades of Dark”, a CD of her compositions, received rave reviews as “fully worthy to share a program or disc with the masterpieces by Mozart or Brahms” (Fanfare).   Honored repeatedly with awards from ASCAP, her music is performed nationally at; venues such as Carnegie Hall and Lincoln Center, and throughout the world. Her output ranges from choral, vocal and operatic pieces to chamber and orchestral work, as well as scores for documentary films, theater and dance companies.
Her opera adaptation of Tom Wolfe’s best-selling novel “Bonfire of the Vanities” premiered in NYC in 2015 to considerable acclaim: “melodically ingratiating…skillfully wrought…caustically witty” (Financial Times); “Stefania de Kenessey’s musical setting was, unlike a lot of contemporary opera, tuneful and grateful to the voice” (The Observer); “an enterprising opera company would do well to give de Kenessey’s opera a look” (Opera Magazine).  She has written concertos for such virtuosos as Chris Gekker and Elizabeth Mann; she has had premieres with the Singapore Symphony, St. Luke’s Chamber Ensemble, Manhattan Chamber Orchestra and the Absolute Ensemble, conducted by Kristjan Jarvi.   Active in the realm of opera, she has collaborated with Golden Fleece Chamber Opera as well as Underworld Productions.  Her work can be heard on Center Stage Records as well as on the North/South, TCC, ERM, Opus One, Leonarda and Tugboat Music labels. Innova Records issued pianist Mary Kathleen Ernst’s solo recording of “Spontaneous D-Combustion” during the fall of 2013, and North/South released the first disc devoted excusively to de Kenessey’s vocal music, “Gotham Siren”, sung by soprano Adina Aaron, mezzo Adriana Zabala and baritone Christopheren Nomura.  Ms. de Kenessey currently serves on the board of the Martina Arroyo Foundation and the International Alliance for Women in Music.  She received her BA in music summa cum laude from Yale and her Ph.D. in composition from Princeton University, where she studied with Milton Babbitt.  She is currently a professor of music at The New School and has served as the Dean of Eugene Lang College, its undergraduate division, as well as the Chair of the MA in Liberal Studies at the graduate level. 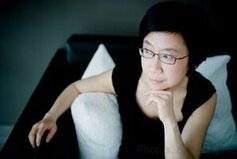 Dr. Angela Chan  Recognized as the great-grand student of Alfred Cortot (from the lineage of Frederic Chopin), Dr. Angela Chan is an accomplished concert pianist who has performed extensively in Canada, Europe, the U.S.A. China and Hong Kong, and has been featured on the Discovery Channel (Canada), Global TV, CBC, the Australian Television Network, CJAD, CJOH, RTHK (Radio Television Hong Kong) and other media networks. Dr. Chan’s works have also been featured in Maclean’s Magazine, La Scena Musicale, Montreal Gazette and the National Post. Angela Chan holds a Doctorate in Piano Performance, Pedagogy and Education from Concordia University, Montreal, and she is the founder and Director of Lambda School of Music and Fine Arts, an internationally recognized institution for its fine quality and reputation. Dr. Chan's students have won first prizes in national and international piano competitions and have been invited to perform at the prestigious Carnegie Hall in New York, the Royal Albert Hall in London, as well as in Amsterdam (Holland), Rome (Italy), Vienna and Salzburg (Austria), Brussels, China, Japan and Hong Kong and have been accepted by prestigious universities in the US and Canada, including the New England Conservatory, Peabody Institute of Music, Cleveland Institute of Music and the Manhattan School of Music in New York, as well as McGill University in Canada.  Dr. Chan is also the author of the new Lambda piano method series developed to help pianists progress at an accelerated pace. Dr. Chan’s book A Guide to Musicality - The Art and Science on her research and experiences with innovative pedagogical approaches has also been released in July 2020. Recognized internationally as an outstanding pedagogue, Dr. Chan has been invited to adjudicate a number of major competitions in Canada, China and in the US.  She is also senior examiner and clinician of the Royal Conservatory of Music. Dr. Chan also serves as pedagogical consultant to the iScore Project – an online pedagogical platform co-developed by the Royal Conservatory of Music in Toronto, Concordia University and Queen’s University. Dr. Chan has lectured at Concordia University, and she also serves as artistic and pedagogical consultant for a number of music and arts organizations. She is also currently pedagogical consultant to an innovative pedagogical project in China in the provinces of Shanghai and Guangzhou. ​http://angelachan.ca/